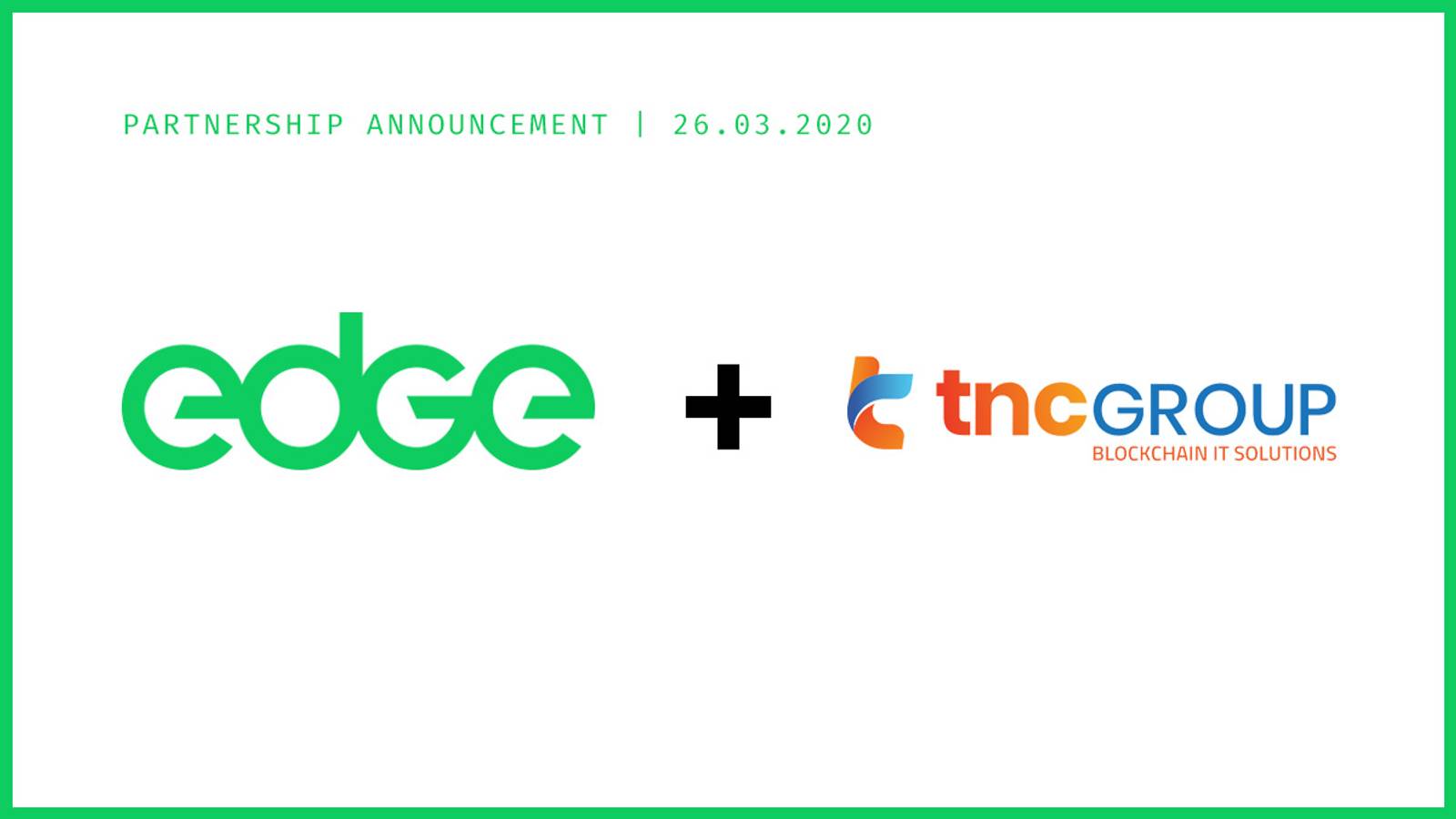 Edge will be providing infrastructure services to TNC and the other companies in the group. It will also be contributing to the development of new projects originated by TNC to help to accelerate the adoption of blockchain-based platforms.

As part of the agreement the current $EDGE token will be merged into a new group coin, the TNC Group Token ($TNC), which will be launching at the end of March. This change addresses the tokenomics of the Edge Network by ensuring liquidity and significant exchange coverage, both of which are critical to the growth of the Edge Network.

There will be a token swap which will provide 11 $TNC for every 1 $EDGE held.

Swapped tokens will be released to a vesting period which will be confirmed in the coming days. This process will be the same for all holders of $EDGE, including the core team and the company itself.

As part of the partnership, TNC are committed to supporting the release of the eDAG – the blockchain solution at the heart of the Edge Network. The eDAG will bring smart contracts and instant, feeless transactions into the Edge Network, enabling per-minute payouts for the contribution of computational power.

Staking and payouts in the network will continue uninterrupted. Currently staked tokens will be automatically swapped for $TNC (and are subject to the same vesting period). Payouts and new stakes will be in $TNC.

🔗The Tokenomics of $TNC

$EDGE will be formally relaunched later in the year with updated tokenomics better aligned to the requirements of the network moving forward.

The TNC token has been designed as the central token for the TNC ecosystem. You can read the whitepaper here: https://tnccoin.com/whitepaper.pdf And see the token contract here: https://etherscan.io/token/0x39e743fee400a5d9b36f1167b70c10e8f06440e5

The token swap will be open for the period of one year. Specific timings for exchange listings and for the TNC Group Token’s vesting schedule are to be announced pending confirmation.