My partners and I have been running businesses of various sizes for twenty years, from a two man operation to organisations with global scale and reach.

Despite huge differences in scale and offering, the physical structures of work remained constant throughout. We had an office. We had a working day. We structured teams around disciplines. We had regular meetings. Basically everything that jumps to mind when you hear the word "work".

That's not to say that it wasn't fun. This is our office on the curtain road, in the early days of Airlock (look at the size of some of those monitors!) - 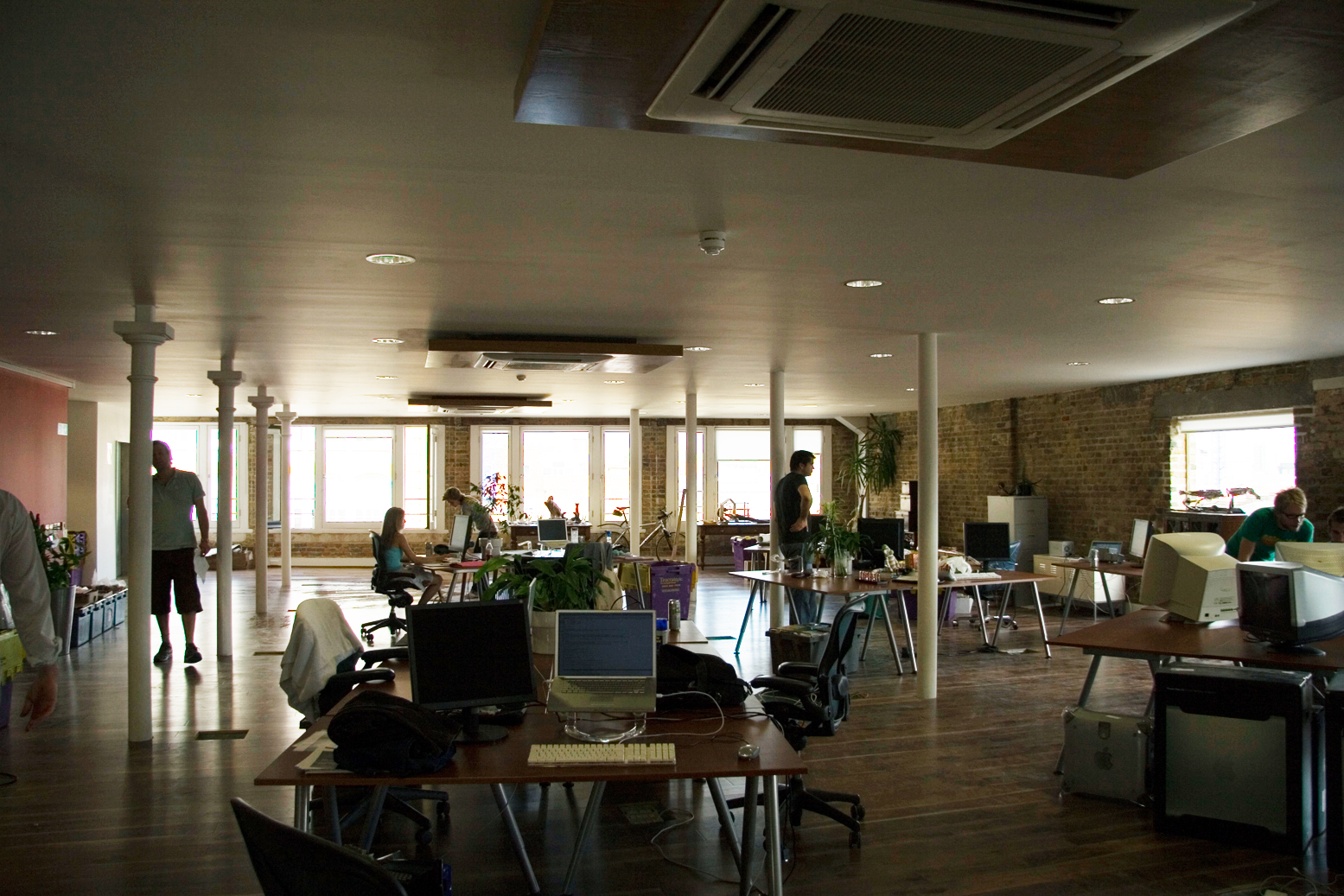 …but we structured our lives around our work: pulling all nighters was common and interruptions to holiday a given.

When we started Edge we decided to rip up everything we thought we knew about work. We started again from scratch, structuring everything around one core principle -

Work should fit around our lives, not the other way round.

The most obvious change for us was also the hardest: getting rid of our office.

There is an incredibly strong link between environment and work. If you spend your life "leaving for work", taking away a physical destination asks some serious questions about your definition and understanding of the very concept of work.

Which is of course exactly what we wanted to challenge.

At our last business we choose our offices based on finding the most equal commute for all of our staff. In practice this meant that the average trip into the office was a little over an hour. That's over a day a week spent commuting for every single person in the company: 300 hours a week lost to the underground and the pollution of central London.

Even if you can't see the obvious human strain that this represents, consider it financially: 300 hours a week is time worth around £100,000 a month. That's not to say that this is time that would otherwise be worked, simply that the collective time lost to the commute can be staggering high.

We also noticed a trend that will be familiar to many: everyone wearing large headphones in an open plan office.

Technology started significantly and noticeably shifting the way that we work a decade or so ago. It is now common to use instant messaging to speak with the person two desks down from you, rather than actually talking to them. This along with the prevalence of headphones is a signifier of change in working practices; a move away from a traditional, synchronous method of work to one of asynchronicity.

Not having a central office embraces this change. It enables us to work in entirely new ways, and has removed the traditional structures and politics that come with location-based working. For us, everything is asynchronous.

This change has also enabled us to think about hiring entirely differently. It is a false conceit to think that the best coders, designers and strategists live within an hour of central London. Not having an office means that we can look far and wide for the best possible talent.

And of course it is impossible to generalise about the time of day that we are at our most productive. A commute is an avoidable disruption, just like the time we choose to eat or whether or not we put on clothes. Giving individuals the freedom to organise their time according to their own productivity peaks and troughs avoids the breaking of a train of thought in order to jump on a train. 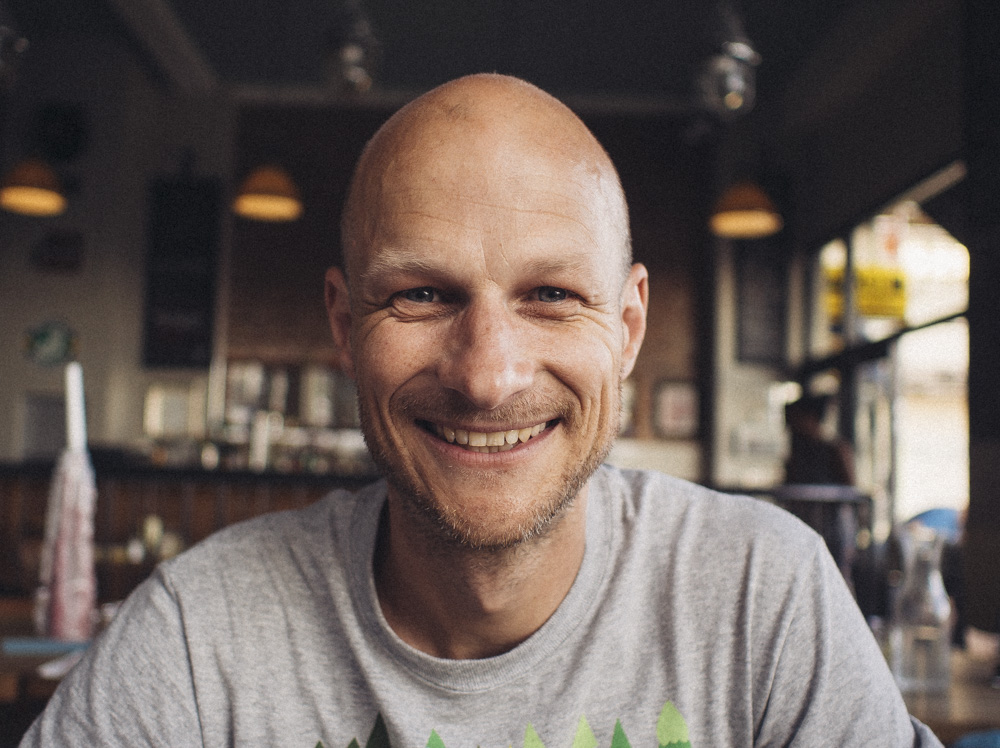 While he was on the road for the majority of the time, he stayed on as part of our team, and led the development on some of our core underlying technologies. We like to think that he was cycling with one hand on the handlebars and one hand typing furiously on a laptop strapped to the side of his bike, but in reality he was contributing in fits and starts, working blocks of time from key cities en route, predominantly through the cold winter months.

This is an extreme example of what asynchronous working enables, but it proves the point. There is no way that this trip could have been accommodated at our last business.

37signals originated "meetings are toxic" in their book, Getting Real.

Meetings are traditionally called when something needs hashing out. They tend to invite more people than necessary, reflect the hierarchy and politics within the organisation and usually last much longer than necessary.

In technology it makes far more sense and is far more productive to just get on with it - to push a branch up, check out the diff, and then iterate on that diff rather than to assume that you're going to perfectly whiteboard a system architecture ahead of time.

What is true of programming is true for every other aspect of business.

Even if you take notes in a meeting, you can't capture everything. You make a judgement at a point in time as to what to write down. Then a week later you try to remember what wasn't written down as it becomes apparent that that portion of the discussion was more important.

You don't have this problem with chat transcripts. Forcing people to reduce their otherwise rambling thoughts into concrete sentences helps focus discussion.

Of course we still have meetings at Edge from time to time, but they are the exception rather than the rule.

Rules to live by

A synchronous working style is one where some or all of the members of a team regularly stop what they’re doing, meet, discuss and agree on the next steps to take, before getting back to work implementing those steps. These synchronous "join points" are frequent, unavoidable, and built into the structure of the work.

An asynchronous working style is one where the entire team rarely, if ever, gets together for big agreements and discussions. Each individual team member more or less works on their own and at their own pace, with collaboration and agreement being handled by asynchronous mechanisms. Asynchronous working centres around shared artefacts, with each member of a team gradually accreting layers and complexity onto those artefacts. The most common example is commits to a source code repository. Another good example is online document sharing, with multiple editors and commenters. Team members usually have multiple related threads of work running simultaneously, so that if one is blocked on input from someone else, another thread can be picked up in order to maintain forward momentum.

Working asynchronously enables our team to be geographically distributed and to choose the hours that suit them the best.

In short it enables our team to put their lives first.

The right tools for the job

Of course none of this would work without the right tools in support.

After our staff, the most important aspect of how we work is the tools that we use on a daily basis. In the event that a particular tool doesn't work for us, we'll move on to something else. We think about this stuff frequently. Are we still working well together today, even though we are double the size we were six months ago?

The tools make the difference.

The result of all this?

We are more productive than we ever have been. Startlingly so. And we are producing a standard of work way and above even our highest expectations. Change is good.

Interested in shaking up your working life? We're hiring. Find out more.