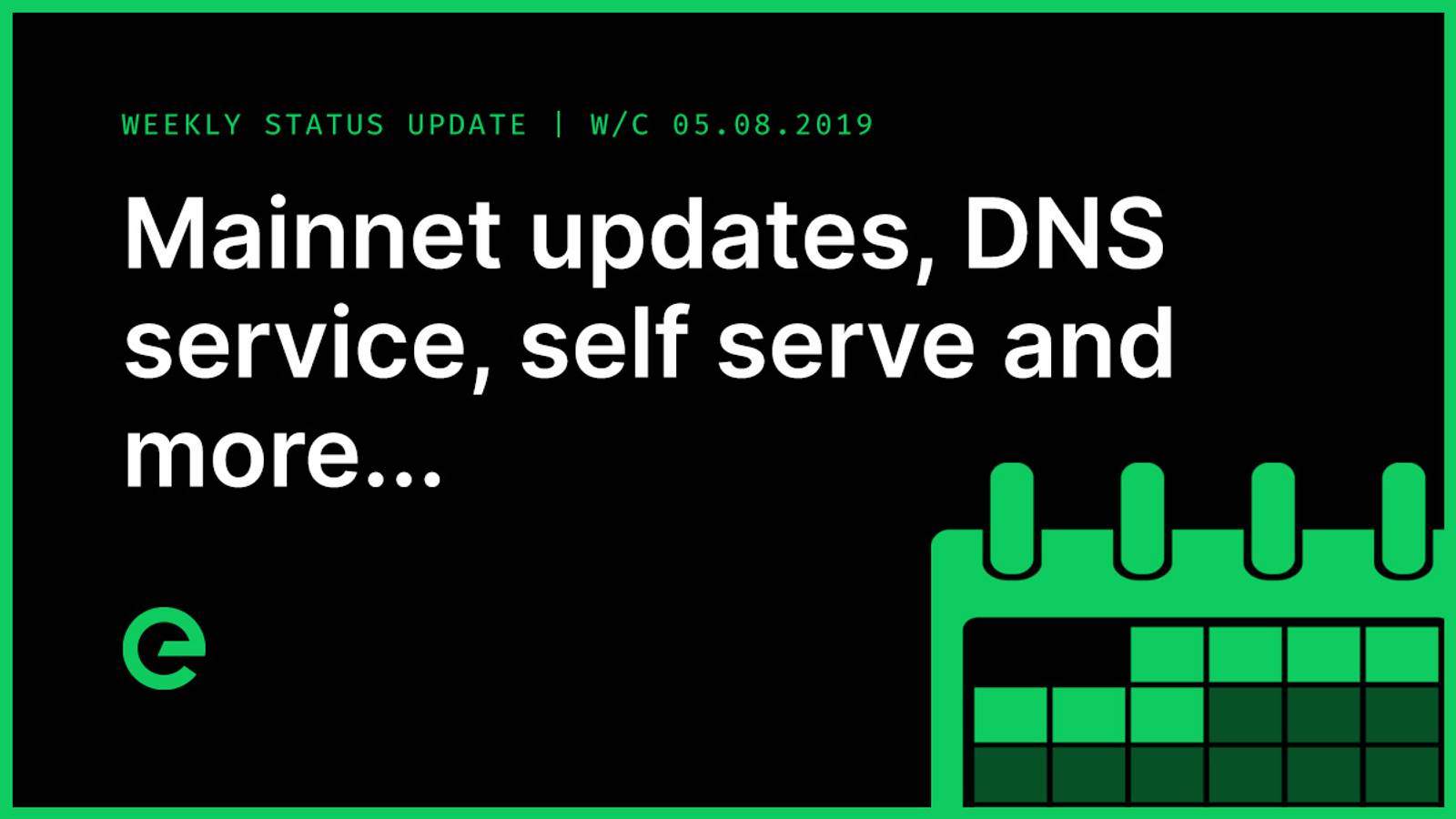 It’s been a jam packed week at Edge, even with the summer recess in full swing. There’s a lot to update you on this week.

First up, https://thedecentralizedweb.com/ has been updated with Edge branding.

As it’s running on the updated mainnet you can now see both the Gateway and the Host ID of the nodes that handled the delivery in the header request.

We will be adding the device ID to this in the near future, and further down the line the Stargate ID as well.

The Stargate ID requires the internal secure DNS consensus check to be fully operational. We’ll be writing more about this in due course, but it’s a very powerful mechanism that super charges security in the network by adding the consensus mechanism to all DNS requests.

You’re going to love it.

A single document collection feature was added to Publish, giving support for individual page control in the interface.

The team made a start on document versioning interfaces within Publish. Versioning has been part of the platform for years, but until now there hasn’t be a front end to it.

Workshops with the PPA are shaping up nicely, with the first in plan for September.

We’ve established a private sector team which is gearing up for direct engagement in the UK.

Two pieces of new business have arrived through one of our advisors, with meetings to follow in early September.

An exciting partnership discussion opened up this week. Can’t talk about more than that for now though I’m afraid.

Branding and interfaces for the SaaS proposition for what were our web services are progressing nicely. We expect to be releasing this in September.

We’re continuing to work through updates to Founding Nodes, and expect to have the remaining nodes updated and back online by early September at the latest.

The BGP layer in the network had an update focused on deployment processes, which are now much improved (great instead of just very good 😂)

They have also been working on the file sharding queue, which is used to transfer file shards between Gateway and Host.

Our DNS service has been being updated to further harden the solution, adding per-domain NS server records. And the front end interfaces for Edge DNS are almost complete. I’ll be sharing designs for this with you all in the next week or so. And we expect the service to be live in September.

This is major milestone for us, and will be the first Edge service to be available self-serve. We’ve been using it for months, both internally and with existing customers, and it has proven to be very robust. Nonetheless the first release will be flagged as a beta, as scaling it out will provide us with an invaluable feedback loop for service improvement.

We picked up the domain ed.ge, which is pretty neat. We plan on using it for a series of free services all TBC in due course.

The team have been experimenting with a custom Merkel DAG as part of an update to the underlying storage solution in the network. Very early days, but it’s exciting technology that has a lot of potential for evolving the core network services in future releases. We’ll be writing about this in detail as we move forward.

And we remain on track for the release of self-onboarding at the end of August, with the first new devices expected to be bought on at the start of September.