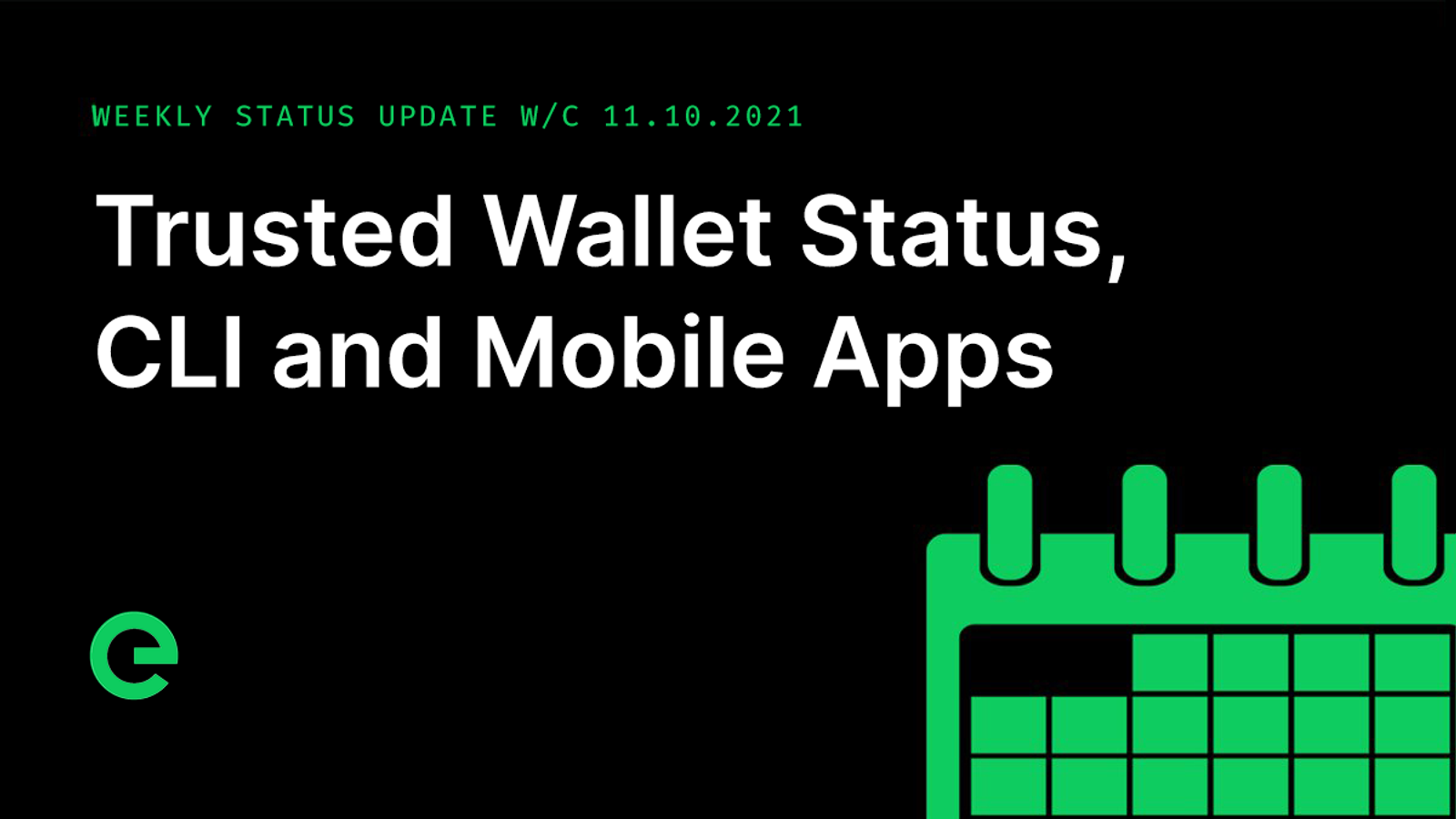 Another very busy week here! First up, we passed the 1,000 transaction milestone on the XE Blockchain.

Keep your eyes peeled for a fun Edge-based competition in the coming days. The Edge Scavenger Hunt will take you through the history of the Internet, the former ideals and the potential future of Web3. There are a series of great prizes on offer.

The team pushed forward with two fantastic crypto-related partnerships. Both will see usage of the network. And both are helping to inform the future direction of the project.

This week saw Index v1.8.2 and Explorer v1.7.2 released, which introduced named and trusted wallet status to wallet pages. Not only does this help you easily identify official Edge wallets, but also adds useful metadata to the wallets. This brings a high level of transparency to the operational wallets for the project. In time the functionality will be made available for use elsewhere.

In addition to the wallet metadata, these updates also introduced a number of health checks to the Index service, which we use to keep an eye on the freshness of gas & exchange rates that they deliver.

The Index service, for those who don’t know, synchronises new blocks from the blockchain, and keeps an up to date index of blocks, transactions, wallet balances, as well as gas and exchange rates from the Bridge. It is the central API for reading XE related data. And what’s more, it’s open and free to use. We’ll write more about the endpoints soon.

This week we’ve also been working on v2 of the CLI. The newly redesigned command line interface tool is modular, allowing us to add functionality to it over time. To begin with it will have the wallet and the device modules. The wallet module is almost complete, with just staking commands waiting to be added. Device commands, including the starting, stopping, and finding the status of staked devices (such as Host) were added. As you may know from previous updates, every device will have its own XE wallet, which will be associated with a stake. This also forms the basis of authentication on v2.

On the blockchain, on test.network we have staking live, and this week finished implementing the on-chain variables. These work by having variables that are set via transactions, and much like how wallet balances are the cumulative result of all preceding transactions, so too are the variables the result of all preceding variable transactions. You can see an example from testnet, showing the current variables as of the latest block, along with a wallet that has two stakes below; one that was unlocked and released, and the other which is active. Development of the Mobile Wallet continued in earnest, and as you can see below, it’s really taking shape nicely. The screens and user experience flows are still being added, and with each build we’re refining and improving the interface.

In addition to all the development streams, there has also been ongoing operations work around monitoring, logging, and alerting. Visibility and awareness is key to managing large distributed systems, as well as to ensuring the best performance possible is delivered. We implemented health checks, alerts, and performance monitoring across services such as the blockchain, the index, the bridge, the wallet, as well as the v1 CDN and even third party APIs (such as EthGasStation).

There have been some really interesting conversations around the token economy of the project, with new concepts for how this can be strengthened further tabled. We are planning on testing the water on this front with the launch of the Mobile Wallet and with the launch of the Edge VPS service. It will be a fairly radical departure, but one which aligns much more closely with our vision for Web3 computing services.

A public programme offering free edge hosting to crypto projects will be launched in November.

The latest of our now weekly newsletters was sent yesterday. If you’re not signed up, there’s no time like the present! You can do so here: https://edge.press

We’re still on the hunt for new core team members, with positions available for accomplished full stack developers. You can read about how we work and find a job specification in the community wiki here:

And that’s it for now – have a great weekend.