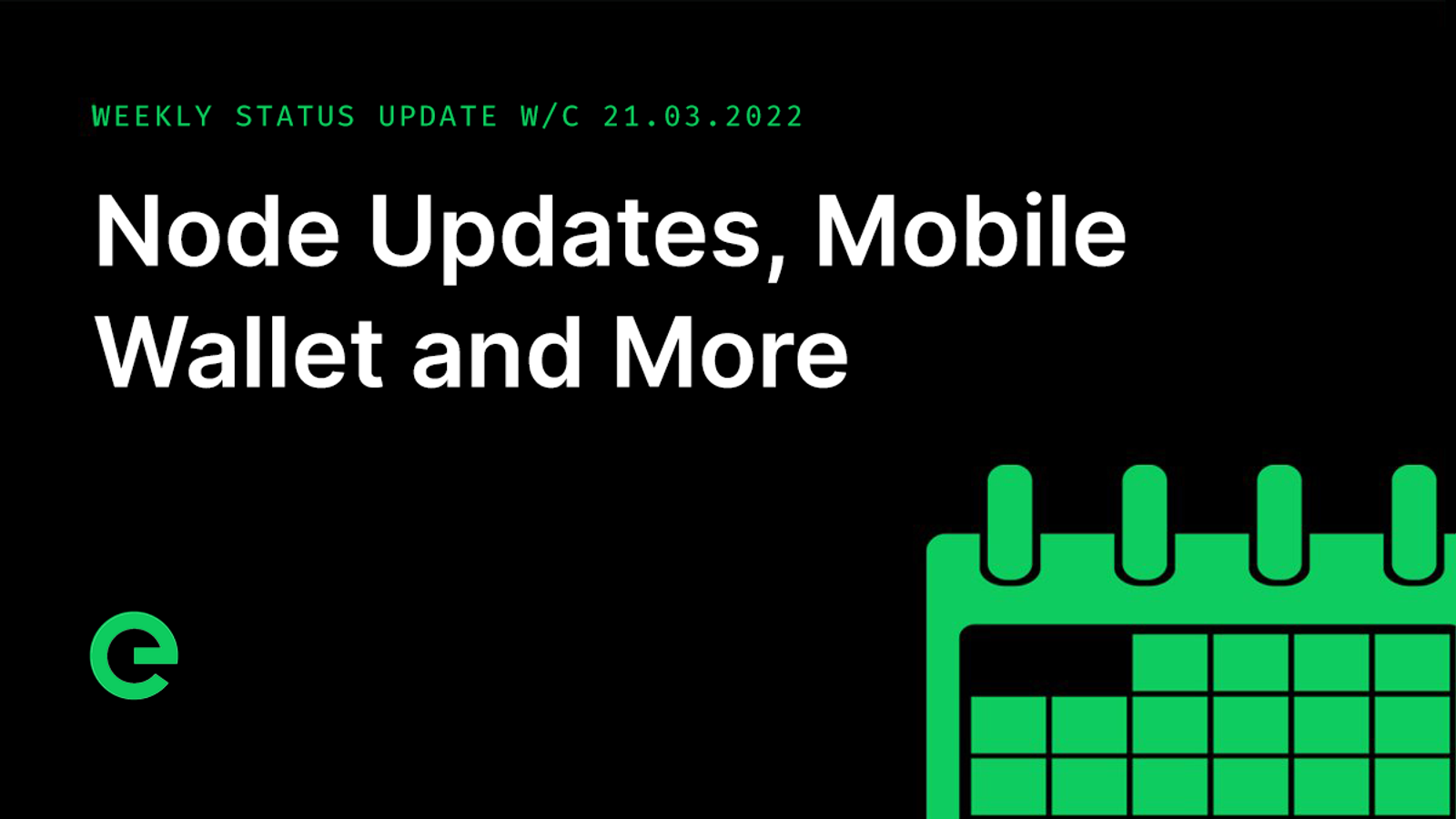 This week saw another 3,500 XE paid out to Host nodes. We’ve had over 180 nodes online this week, which is amazing. You may have noticed your Hosts becoming a little more active as well as we increase traffic funnelling from v1 to v2.

The iOS Mobile Wallet open beta has been updated and mainnet is now enabled. This is still in beta so keep that in mind, but we’re working through testing all aspects of the app, including the seamless ability to swap between mainnet and testnet. We expect to be submitting the app to Apple next week.

If you’d like to give it a go, make sure you install the TestFlight app from the App Store then follow this link to join: https://ed.ge/mobile-wallet-open-beta (or scan the below QR Code). If you spot any bugs or have feedback, please let us know in the 📲│open-beta channel in Discord. Thanks 🙏.

This week the releases channel has been busy…

Auto Update v1.1.0-19 was released to mainnet which included compatibility updates for docker networking. Specifically, this allows for services to operate on user defined networks, important for masternodes.

CLI v1.7.1 was released for mainnet too, adding a new network parameter, enabling additional connectivity for Gateways. You can automatically update with edge update.

Gateway v2.4.1-107 was deployed to mainnet, adding a smart caching layer with support for fine-grained cache configuration per integration. Also in this build was a whole bunch of improvements and a boat-load of metrics.

Host v2.3.0-59 was deployed to mainnet too, which included CDN fixes and updated connectivity to support new Gateway features.

Explorer v1.16.3 was deployed to mainnet too, with a number of improvements and UI fixes to the node pages.

Index v1.18.13 & v1.18.14 were deployed to mainnet. These updates addressed some issues with the experimental availability figure calculations, though after a few more issues appeared, we temporarily removed the availability figure.

Finally, Explorer v1.16.6 was deployed to mainnet. This update temporarily removed the experimental availability statistic from the web interface. (We’ll be bringing it back next week!)

Stargate, Gateway, and Host also have a number of active work streams, some of which will be deployed next week. We’ve also been spending time working on the caching layer this week, integrating fine grained control for network customers.

We’ve also been working on a new update process to allow the gradual rollout of releases. This means we can update Hosts while maintaining network capacity and availability, as you can see from these charts below:

The above image shows our first test of this, which started with 50 Hosts updating, one every 10 seconds, and a second test where the rest were updated at a rate of one every 5 seconds.

Just as a reminder, the testnet blockchain & network are publicly available to use for those of you who want to try them out. You can create a testnet wallet using the mobile app beta or via https://wallet.test.network/, and you can explore both the blockchain and network nodes at https://test.network/. There you’ll also find the Automated Faucet which you can use to acquire some testnet XE (2500 per day). Alternatively, if you don’t have a Twitter account, ask a member of the team to send you some testnet XE.

In other news, we’re deep in the weeds working with a new partner in the NFT space. We’ve mentioned this one before and they’re right on the verge of their initial launch. Their pre-registration site should be launching on Edge next week…

And that’s all from the team for this week. Have a good weekend all!