The business environment is incredibly tough at the moment, with the majority of businesses seeking cost savings and cutting budgets. This has had a material impact on plans for the year as our pipeline has been significantly reduced. However the current situation is also an opportunity. One of the key selling points of CDN as a network service is the cost savings that it brings to bear. As we move payments to live in the coming weeks we will gearing up our sales efforts on this basis.

This week the network team have been working on the dynamic queue size algorithm for Gateway. This is a fundamental requirement for the network and requires a lot of research and testing, but we’re making great progress and expect to announce more on this soon.

Card control and usage visualisation have been introduced to Console, and various UX changes have been made to the subscription components.

The first iteration of payments for CDN are due for release at the end of May. Here’s a sneak preview: 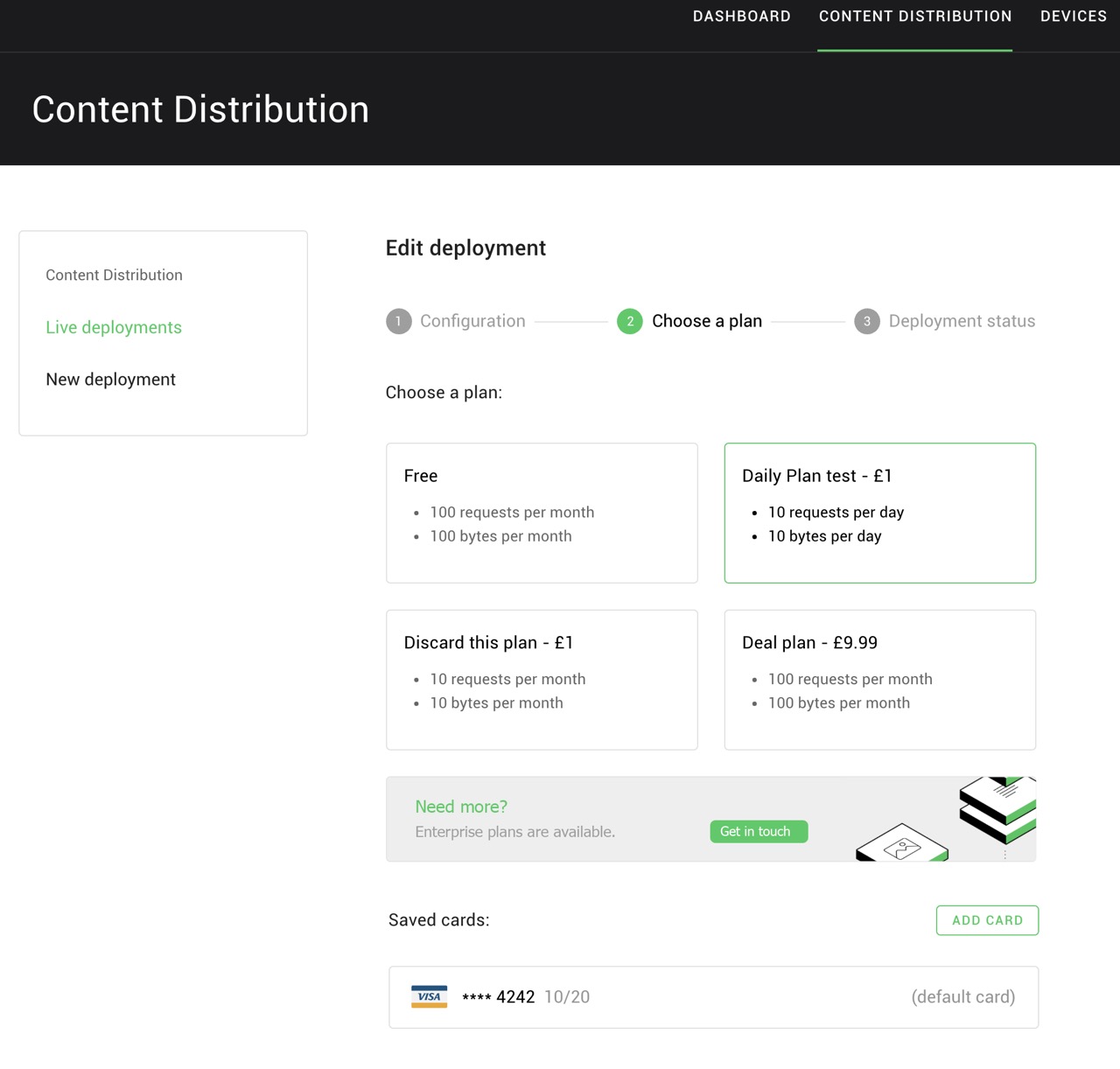 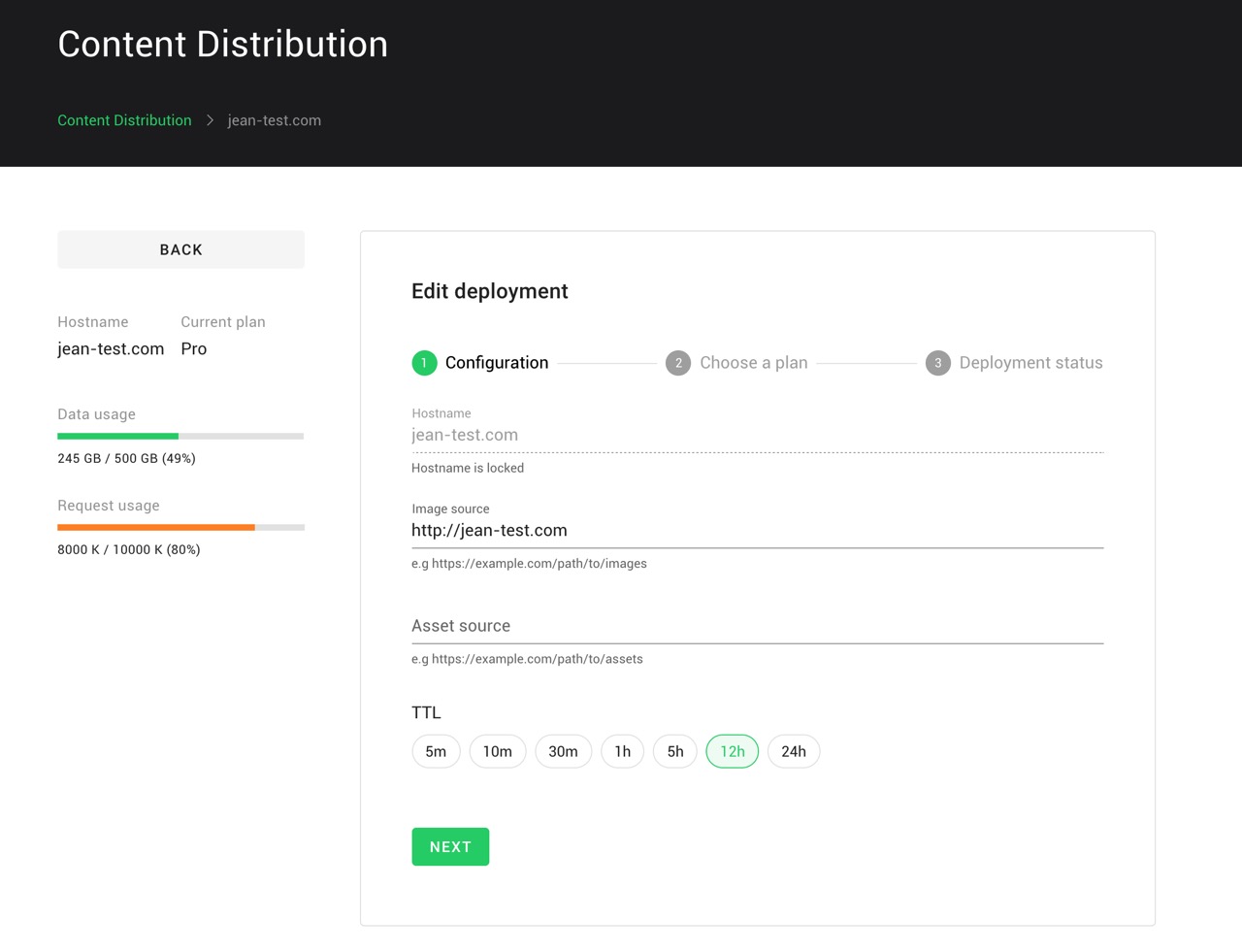 A major issue with the edge-cli watch command was patched and deployed to mainnet, making the command fully functional on all device types.

And the payment card API endpoint was updated to ensure that the removal of payment cards does not affect active subscriptions.

On to TNC and the swap:

We’ve raised a number of the questions about Aladdin Pro posed here and in other channels over the past few days directly with the Aladdin team. As they feedback we will share the updates here.

With regard to why is Aladdin wallet isn’t open source, it’s their business decision. There are a lot of closed source applications in crypto, and there’s nothing unusual about this.

With regard to the question of who has access to the private keys in the app, as I understand it Aladdin is a custodial wallet that places several layers of security on top of the wallet to give additional security and assurance to users. The private keys are locked to the device and are not held by or accessible by the Aladdin team. While the team can control distribution, locking percentages over time, they have no access to the tokens themselves.

With regard to where the privacy statement for the application can be found, it is linked to in the App Store and the Play Store: https://abbc-files.s3.amazonaws.com/Aladdin+Pro+Privacy+Policy.pdf

With regard to the lack of use of smart contract for the management of the lock up period, Aladdin is a custodial wallet, and distribution is handled by the wallet with terms set on behalf of the TNC group by the Aladdin team.

With regard to the lock periods, these are designed to support token value over time, nothing more. Everyone is subject to the same lock up period, including the core team at Edge (who are also subject to their original vesting period which runs for a further two years).

We’ve spoken about the lock periods a lot in this and other channels, have covered it in direct emails to registered users (140k+ people), and it’s also published on our own site (see: https://edge.network/en/updates/announcements/tnc-community-update/).

Earnings for March > May will now be paid out at the end of June in TNC directly to your Console wallets. Earnings are calculated in USD on a per day basis (services are currently sold pegged to USD).

There is no lock period for earnings in TNC for contributors.

To reiterate the rational behind the partnership, we’re involved in the to enhance value for network contributors and token holders. This is through greater liquidity, greater exchange availability and through an increase in network use, with a swap ratio designed to materially increase value in what is has been a very difficult crypto market and during a time of extreme economic uncertainty.

TNC will be usable in the network, and TNC will be earned through contributing to the network. If you don’t want to be part fo the network or to use network services, you will now have a method for releasing token value.

The swap period is open for a year. If you want to swap, you can do so at any point during this time. The lock periods are cumulative, so if you swap five months in, 50% of your tokens will be unlocked immediately, with the balance released in 10% tranches over a further five months.

Finally a note for those wanting to prove themselves right at any cost, and that would rather see $EDGE go to zero than participate in TNC: you should consider your actions carefully. We are working hard to make a success of the partnership to return value to the tokenonmics of the network and to build the networks use, returning greater value to node contributors. Writing to exchanges and spreading FUD in community channels acts to undermine value for everyone and is incredibly short sighted, self destructive behaviour. We saw this during our crowdsale, with “supporters” writing to and harassing our customers, actions that directly led to the loss of significant value in the network. It’s incredibly sad that a section of the crypto community acts in this way.

To those who remain and are contributing to the Network in many ways, we are grateful for the support and excited about the future. There’s a lot that we will build together. 🚀

One little extra thing, noted by @adamkdean: we also introduced a new service to the network this week which simulates dynamic load on CDN. This is running against testnet currently and is helping us to test customer application usage reporting, but which I’m sure will be useful for lots of other things in the future like feature testing and stress testing. 💪